Why we say “Ganapati Bappa Morya” 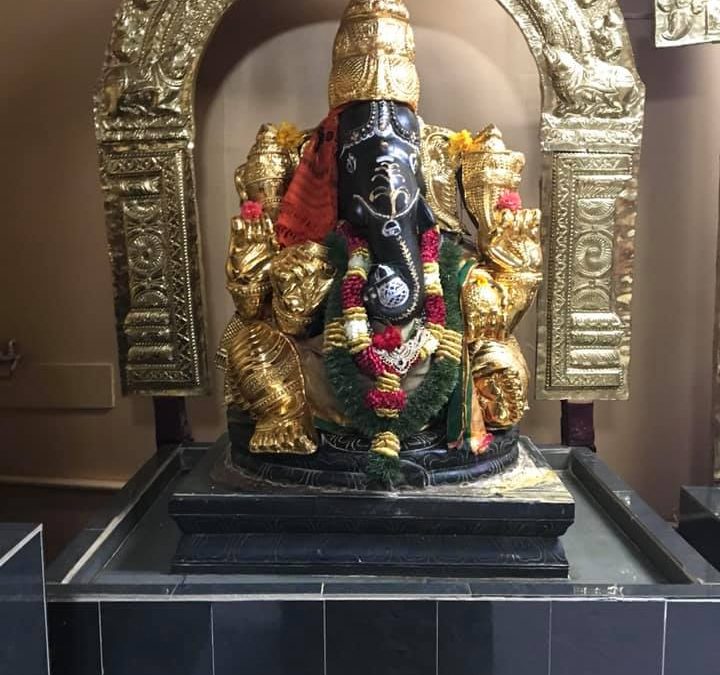 ‘Ganpati’ means ‘leader of the ganas of Paramshiva.’

There was a great devotee of Lord Ganesh in the 14th century named Morya Gosavi. He was originally from village called Shaligram in Karnataka where his devotion was looked upon as madness. He later travelled and settled in Chinchwad, near Pune and invoked the Lord with severe penance. Morya attained siddhi at Shree Chintamani and his son built the temple to commemorate the event.
Tukaram Maharaj and others have endorsed Moraya Gosavi as one who merged with Ganesha.

Lord Ganesha, pleased with Morya’s devotion, appeared in his dreams and granted him a boon. Morya refused any material wealth and asked that his name be forever connected with the lord himself. This can be said to indicate the inseparable bond between God and His devotee. So Lord Ganesha declared that every time His name is chanted, it should be followed by Morya. Thus the chant ‘Ganpati Bappa Morya!’ 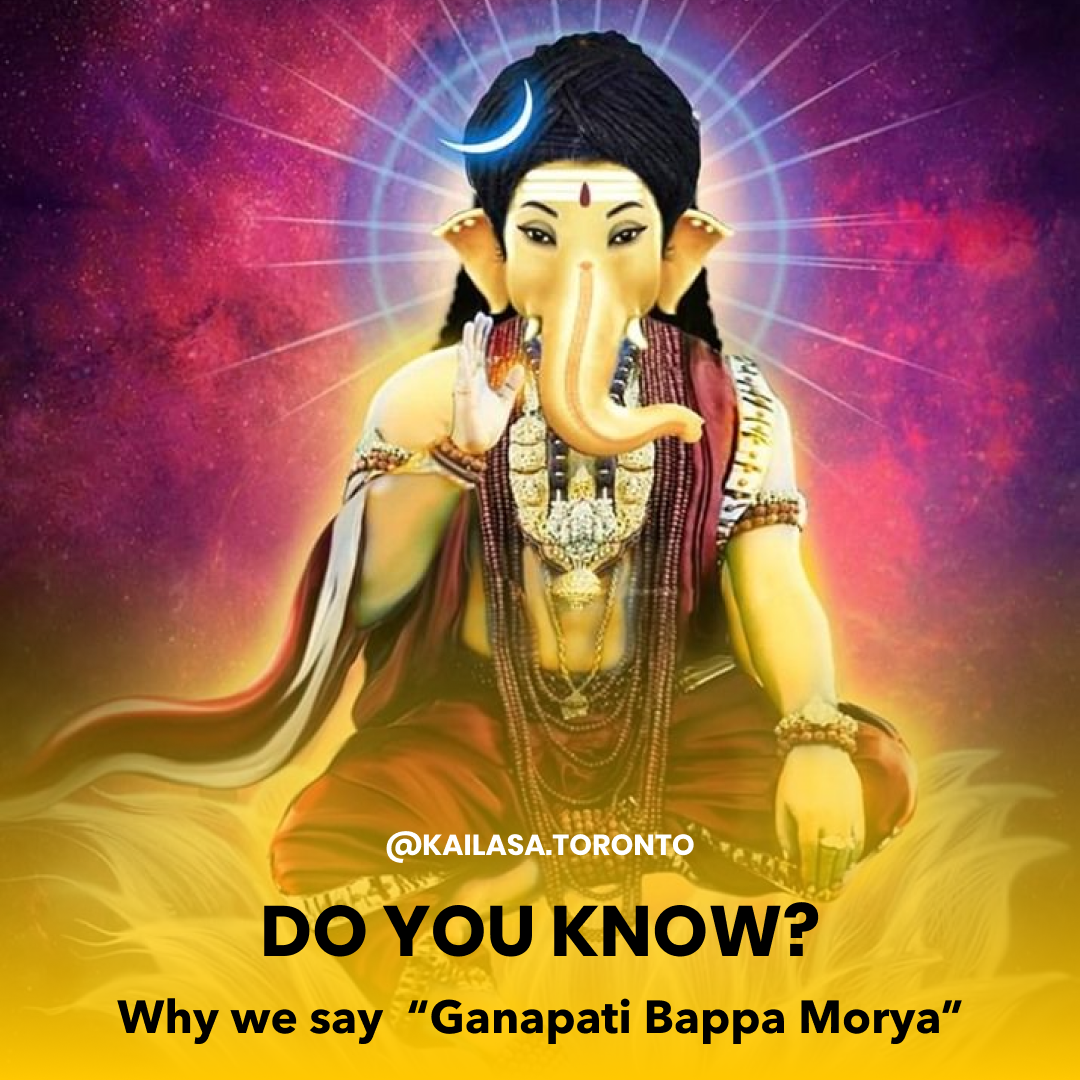 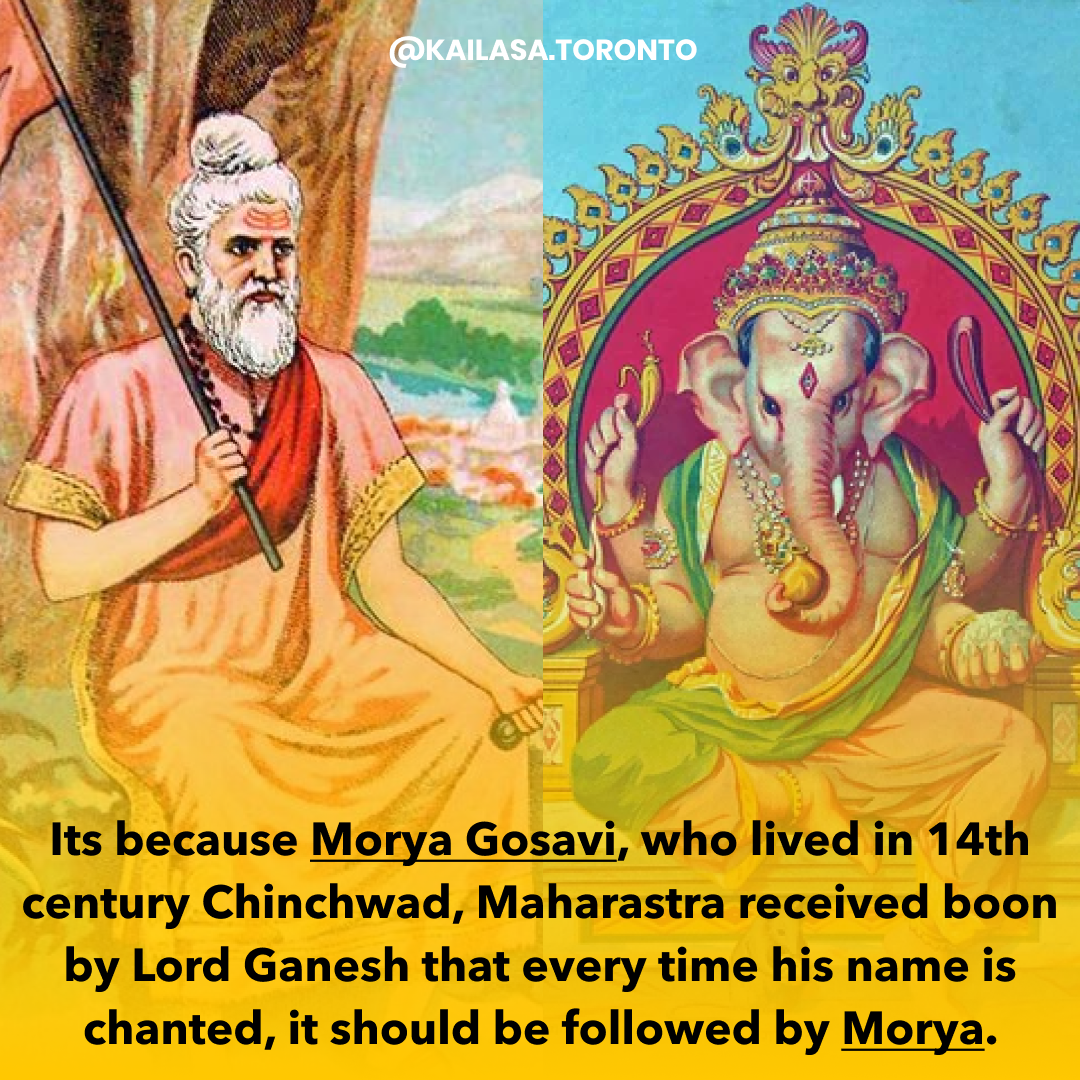