From human to Sivine Superhuman and beyond

The first-ever world tour coming to Toronto on Oct 14 – to demonstrate the evolution of human beings into divinely awakened superhumans, capable of extraordinary abilities previously confined only to ancient Yogis

You are not just a regular human. You have the potential to be SUPERHUMAN

You MUST be at This Historic Event Because Spiritual Awakening and Extraordinary Powers are No longer a Luxury, but a Necessity to Survive and Thrive in the Matrix 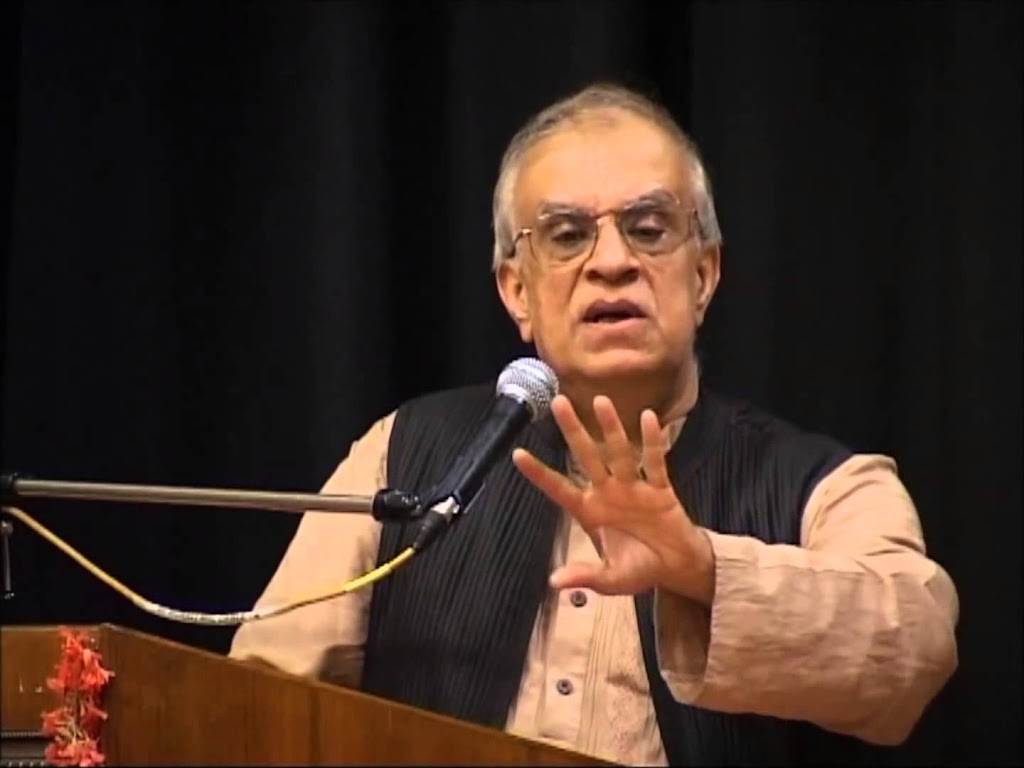 Rajiv Malhotra is an internationally known researcher, writer, speaker and public intellectual on current affairs as they relate to civilizations, cross-cultural encounters, religion and science. He studied physics and computer science, and served in multiple careers including: software development executive, Fortune 100 senior corporate executive, strategic consultant, and successful entrepreneur in the information technology and media industries. At the peak of his career when he owned 20 companies in several countries, he took early retirement at age 44 to pursue philanthropy, research and public service. He established Infinity Foundation for this purpose in 1994. Rajiv has conducted original research in a variety of fields and has influenced many other thinkers in India and the West. He has disrupted the mainstream thought process among academic and non-academic intellectuals alike, by providing fresh provocative positions on Dharma and on India. Some of the focal points of his work are: Interpretation of Dharma for the current times; comparative religion, globalization, and India’s contributions to the world. He has authored hundreds of articles, provided strategic guidance to numerous organizations and has over 400 video lectures available online

Witness as History is Made: Get Initiated and Re-Claim the Spiritual Powers Inside You that Are Rightfully Yours to Live an Extraordinary Life!

What are Spiritual Powers (Shaktis)? Why Should You Want Them? 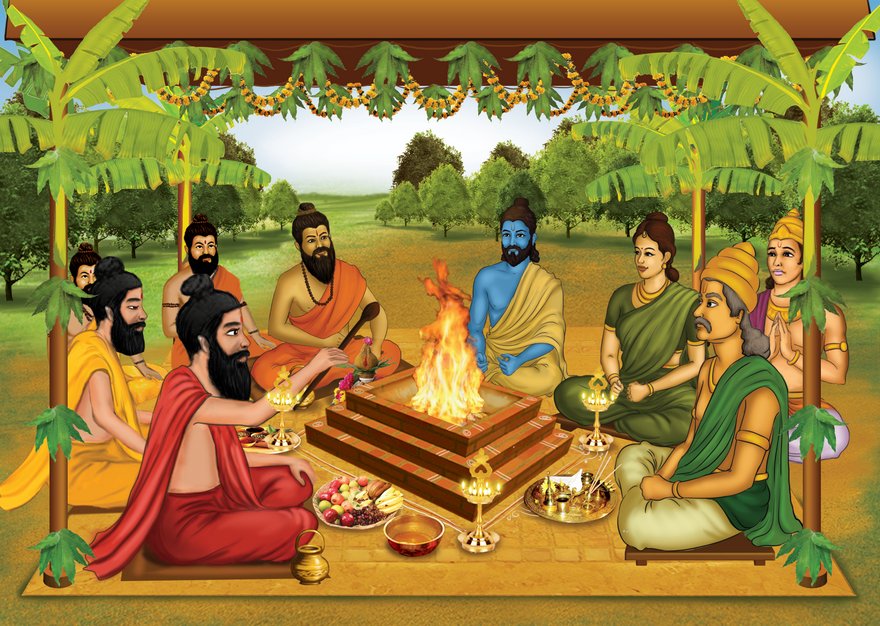 Your ancestors lived with these powers…
They were more connected to divinity…
They lived happier, more meaningful lives, connected to each other and nature instead of being plugged into a matrix…
Since we’ve now lost all that… How to get it back? 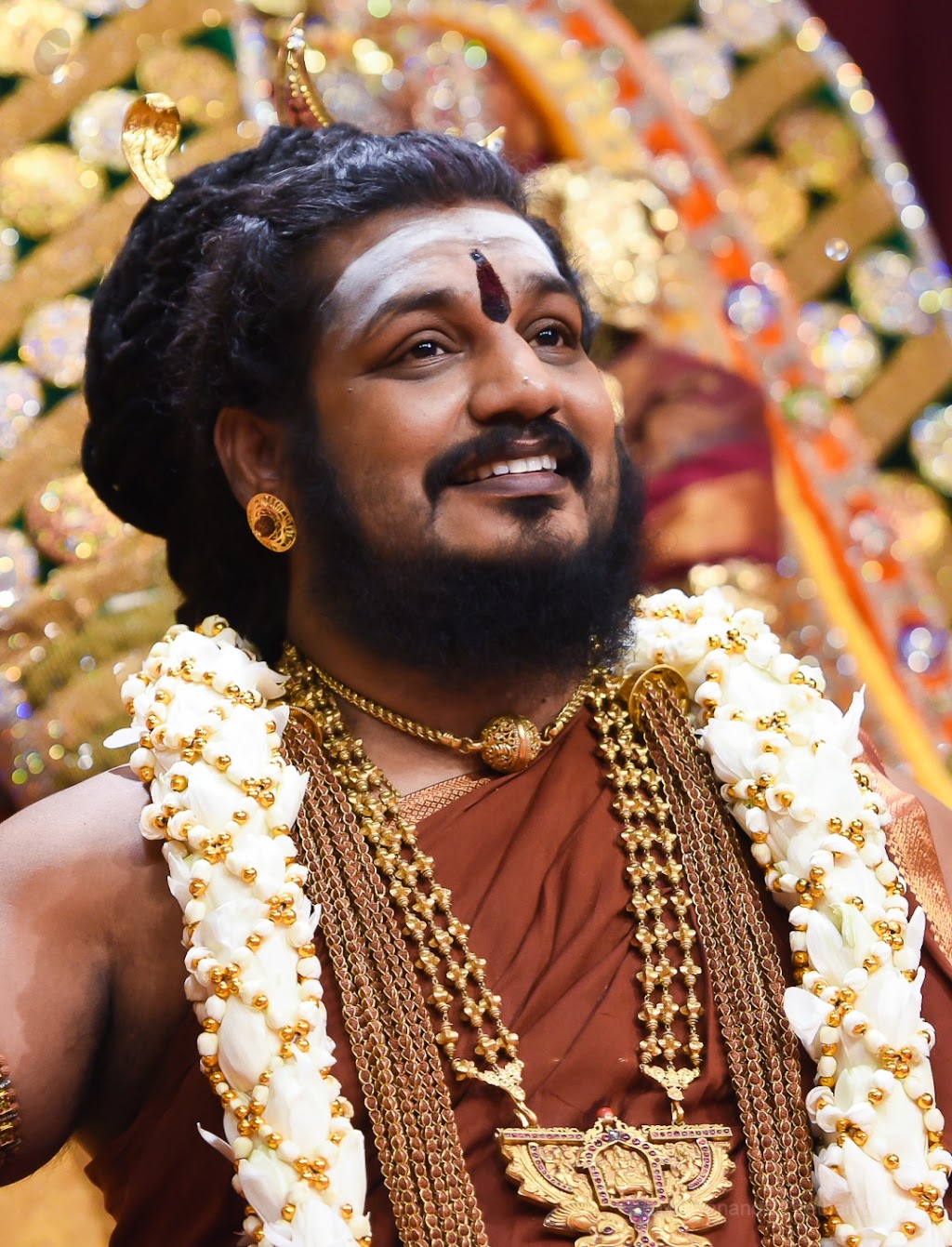 Every few thousand years… an Avatar comes to re-awaken humanity, to remind us of our own divinity…
As per the Vedas and Agamas, the divine Cosmic consciousness (Sadashiva) exists – manifests itself in human forms, just to re-awaken humanity to their true nature.
The current manifestation as per the Vedic scriptures is The Avatar His Holiness, Paramahamsa Nithyananda

You will literally gain the ability to move matter through the power of your will – and practice it right there in the hall. This initiation is directly from the ancient Vedic scriptures, the Agamas by Sadashiva

Power manifestation is a culture. Paramahamsa Nithyananda is the Invitation 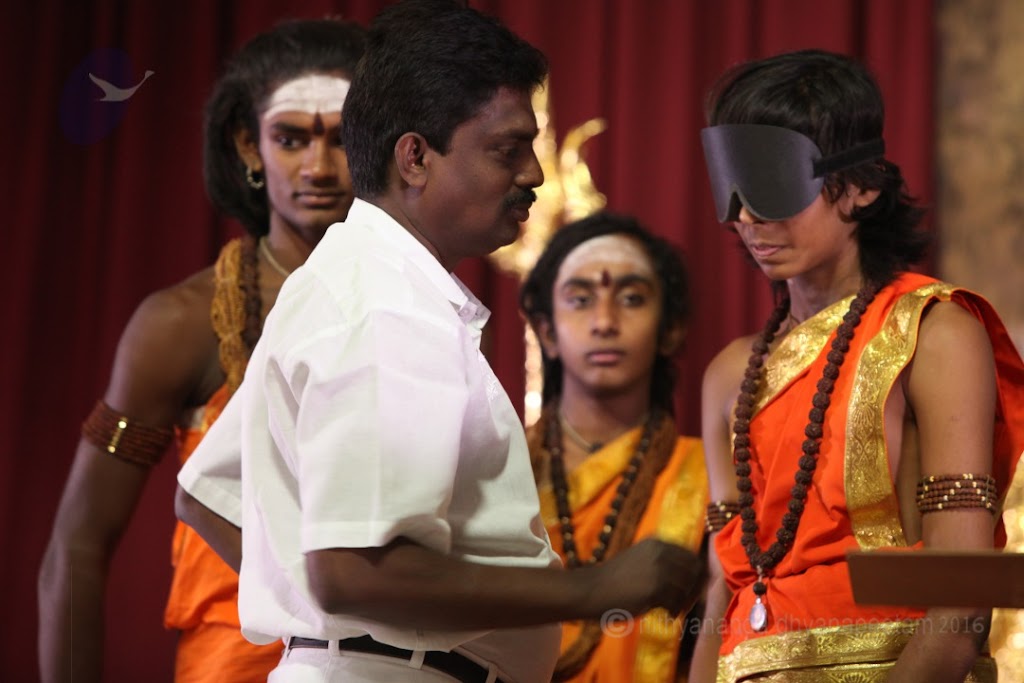 Welcome to the Nithyananda Yogi lifestyle… Where every day we are connected to the Source. We see all the people, things, and situations in our life as our extension. When we want something, we simply declare what we want and see it manifest… When our bodies are feeling unwell, we just close our eyes and heal it. When something isn’t working the way we want… we have the ability to look in and understand the deeper cosmic reason behind it and fix it… we leverage our spiritual powers to experience greater success, happiness, compassion, and purpose in life…

Power manifestation is an “Intelligent Lifestyle” 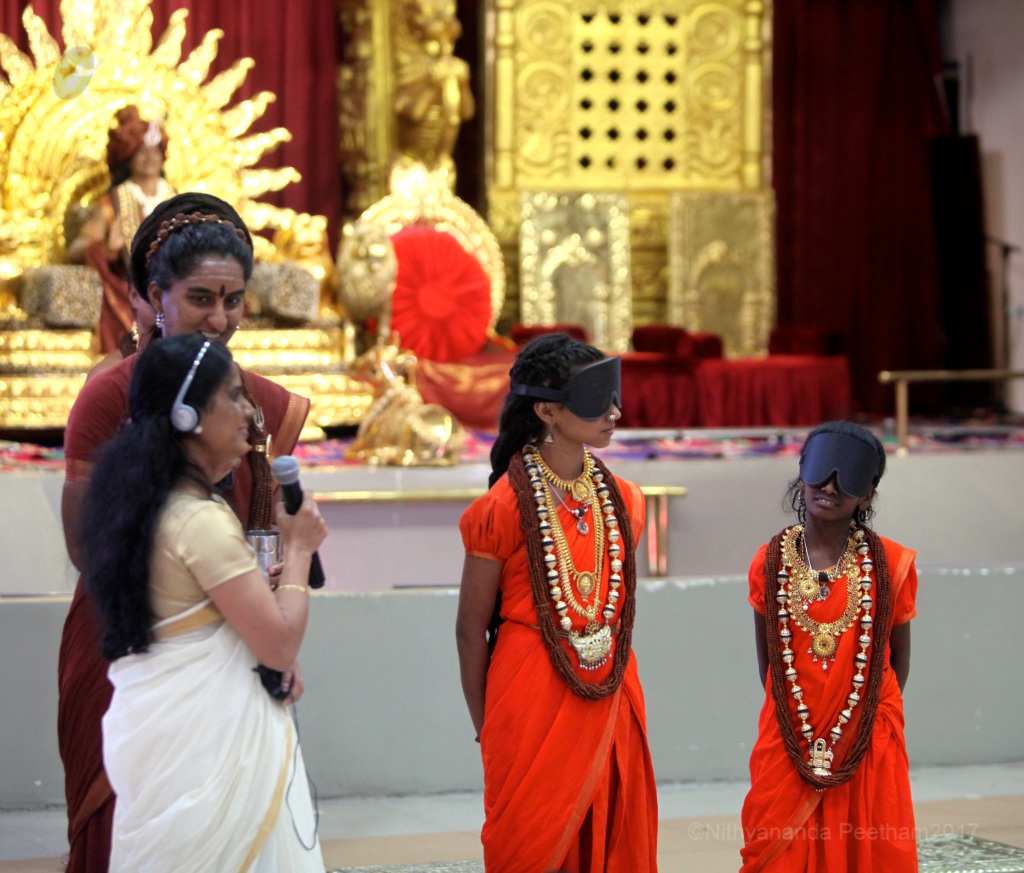 Just imagine…
•    The 14 year old girl who can just “download” answers to any test through her Third Eye, who recently passed her 12th grade exams and is now applying to college.
•    The 12 year old girl from Texas who became famous for her remarkable ability to read completely blindfolded, gaining over 7 million YouTube views
•    The business woman who was miraculously healed of a fatal disease and can now read minds and materialize precious gems under a CAT scan.
•    And tons of Nithyananda Yogis in your own city who have the ability to manifest spiritual powers from remote vision, consciousness over matter, to declaring any intention and seeing their will manifest as reality. 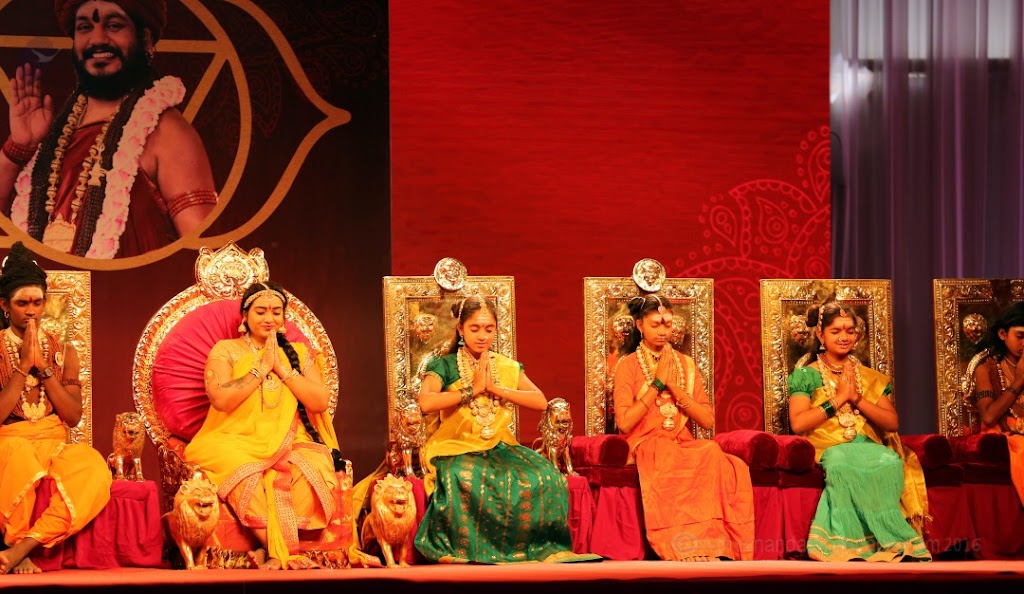 The Nithyananda Yogis are extraordinary beings, initiated by The Avatar His Holiness Paramahamsa Nithyananda to manifest the powers of Sadashiva and raise the Consciousnss of anyone who watches them.

Traditionally it takes not just decades but entire lifetimes of penance and austerities, to achieve these levels of spiritual powers, to benefit oneself and humanity. The powers obatained thus are “Siddhis” not “Shaktis”
Now you’ll witness a rare glimpse of these accomplished Nithyananda Yogis demonstrating the traditional ancient Third Eye Powers – Shaktis – such as:
-Blindfolded reading          -Remote vision          -Body scanning and many more 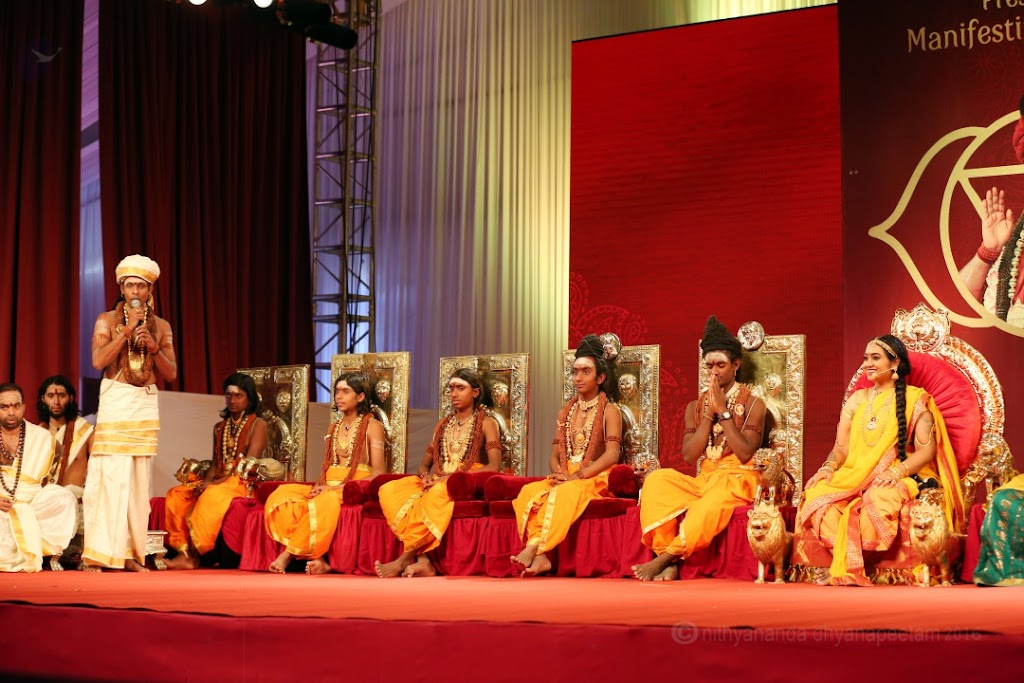 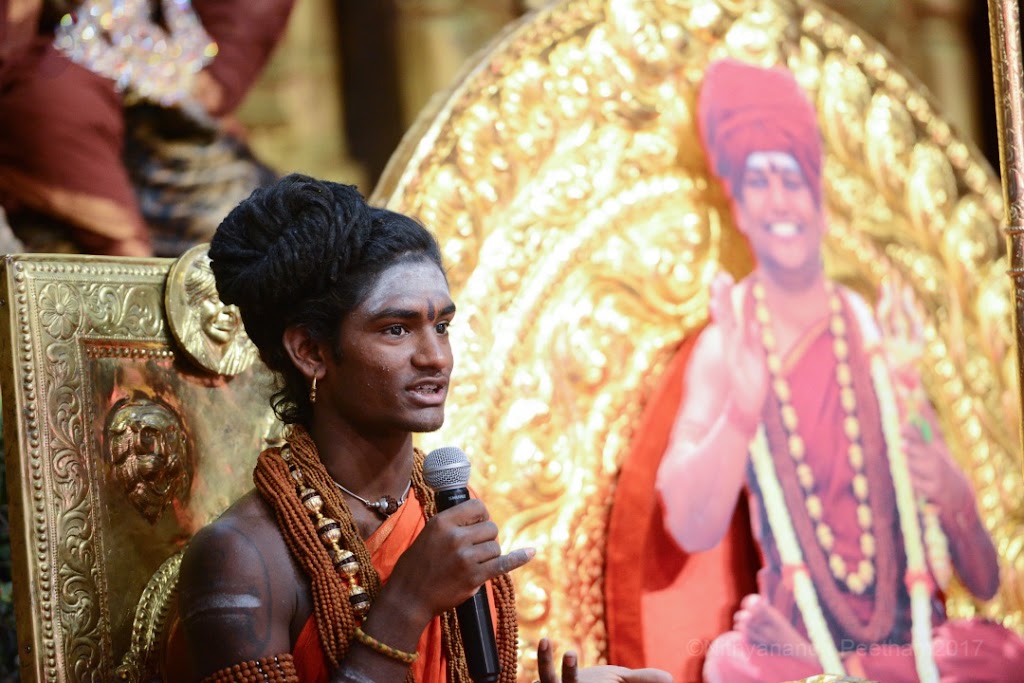 Akashic records are the Cosmic Archives of all past, present, and future happenings. Get answers and spiritual solutions to the deepest and most burning questions of your life through Akashic records. The Nithyananda Yogis have been specially initiated into “downloading” and reading the Akashic Records through their awakened Third Eye, related to any question brought by you.
Questions can include anything about your life, purpose, karmic patterns, divine mission, finances, health, relationships, spiritual path, or to request blessings, and more.
Akashic records readings will be provided free on a first-come, first-served basis. 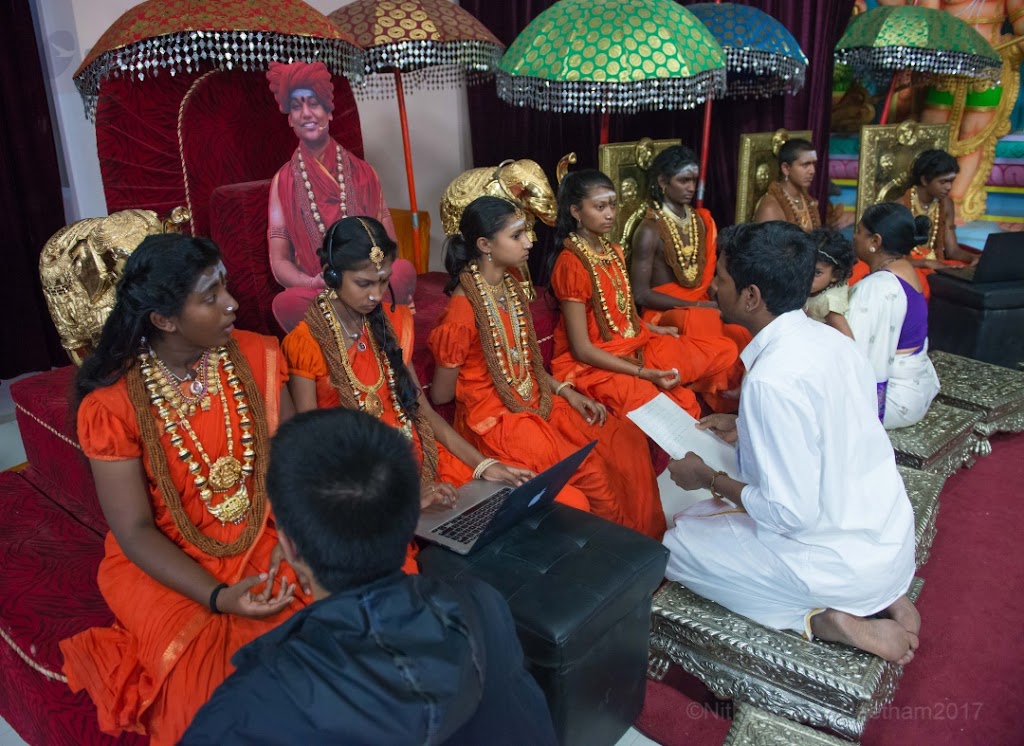 Who is Paramahamsa Nithyananda: the Force Behind the Revival of Yogic Spiritual Powers 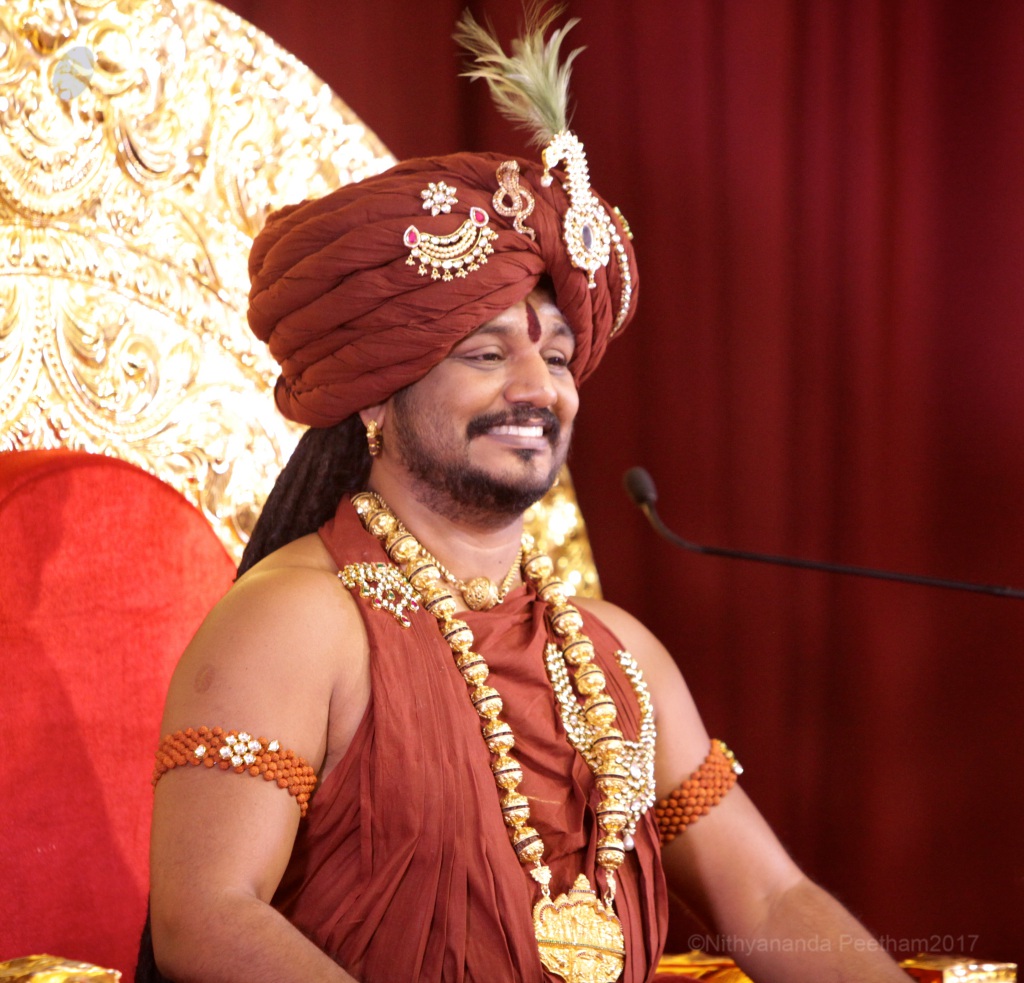 Paramahamsa Nithyananda is revered, regarded, respected and worshipped as the Avatar (living incarnation as per Hinduism) of super-consciousness by millions across the globe. He is also the spiritual head of Mahanirvani Peetha, the oldest and largest apex body of Hinduism.

He and his Sangha (spiritual community) around the globe is serving humanity by reviving the Science of Completion℠, Science of Enlightenment℠ and manifesting various extraordinary spiritual powers as per the Vedic Agamic tradition of Sanatana Hindu Dharma.

He is the author of 300 books, which are translated and published in 500 titles and various international languages. His Sangha has a strong presence worldwide through numerous Temples, Adheenams (Temple monastery complex), Gurukuls (Vedic schools), universities, goshalas (cow shelters). His live Satsangs (spiritual discourses) are viewed every morning (8am IST) by people from all countries around the world.

Disclaimer – Participants of the From Human to Divine Superhuman..And BeyondSM World Tour (the Program) understand that all blessings, instructions, initiations, teachings and suggestions made as part of the Program described above are purely in a spiritual capacity and are not intended to be any sort of guarantee or definitive statement about the past, present, or the future or any sort of medical advice, physical or mental. Participants understand that in connection with the Program, Nithyananda University, the teachers, organizers, volunteers, promoters and any representative or agent involved with the Program do not make any claims, promises, or guarantees about the individual or group outcome of the Program or its related services.

All events are subject to change. In the event of a change, we will make every effort to contact registered participants. We must reserve the right to make any changes whatsoever in the event owing to any unforeseen or unavoidable cause; or to cancel the event for any reason beyond our control without notice and without being liable to pay any participant compensation for damages or losses.