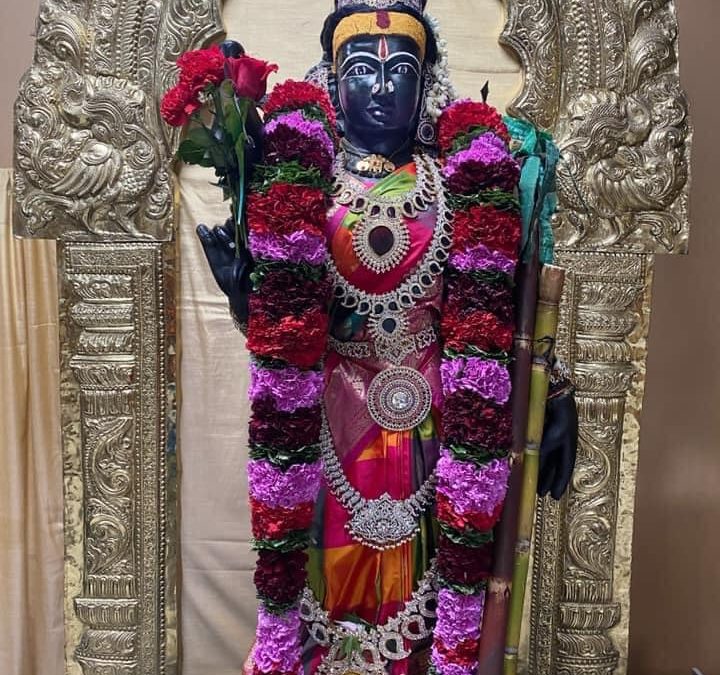 Devotees in KAILASA Toronto celebrated with grand Alankaram each day and puja to devi Parashakti in her various manifestation and singing bhajans.

Navaratri, one of the most intensely celebrated festivals of Vedic tradition, is an occasion to connect with the feminine form of the divine. ‘Nava’ means nine and ‘ratri’ means night and also intensity. Navaratri is a festival which celebrates nine different expressions of the Devi energy (Cosmic feminine energy) spanning over a period of nine nights and ten days. Navaratri is a time when people can become more intense in their desired field. It is an auspicious time for one’s own spiritual evolution.

In the evenings devotees had Vakyartha Sadas along with a Sattvic dinner provided by Annalaya. Annadan (organic food donations) by KAILASA ecosystems worldwide was also an important aspect of this celebration.

Through the 9 days, KAILASA ecosystems worldwide joined in the celebrations by offering a variety of ancient sacred rituals. Chandi Homas, Dharba (a traditional dance and music), and other rare pujas were offered, some of which, as per Hindu scriptures, can only be offered to a living incarnation of Paramashiva, such as The Supreme Pontiff of Hinduism (The SPH) Sri Nithyananda Paramashivam. Pratyaksha Pada Puja and Thulabharam, which awaken the deepening of Bhakti, pure devotion, and which are unique aspects of worship in Hinduism were also offered to the SPH.