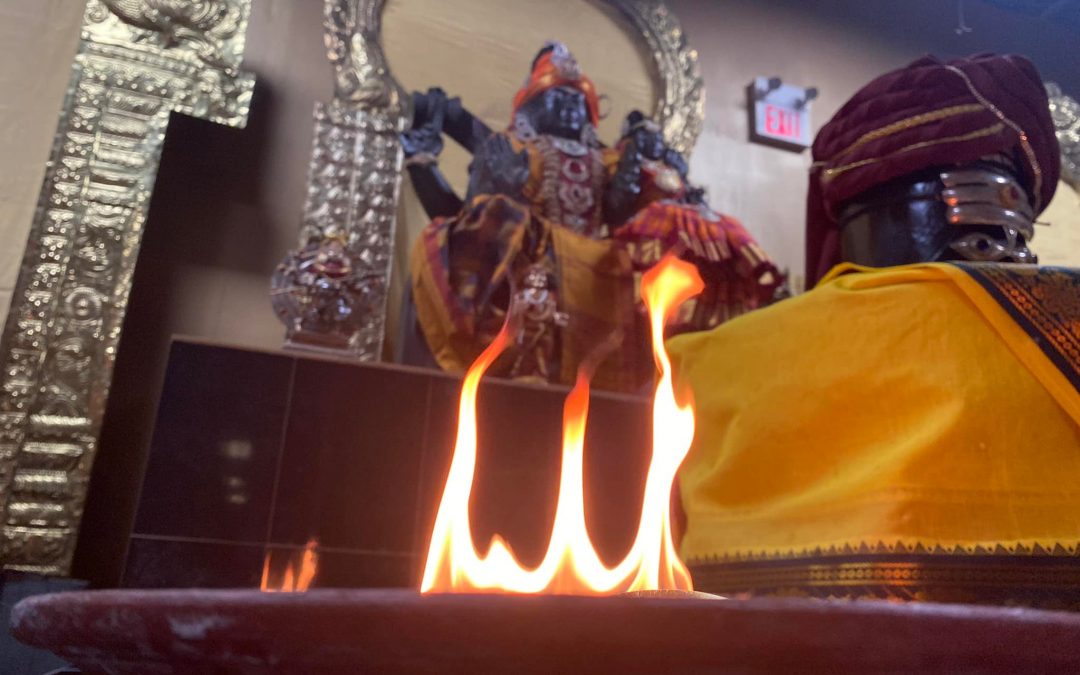 During Karthigai Deepam, thousands of ghee lamps are lit by lighting one lamp from the flame of the other, signifying the ultimate cosmic truth that ONE becomes MANY and MANY become ONE. Of the five elements – earth, fire, water, air and ether, it is only the fire element through which this ultimate truth of ‘ONE becomes MANY and MANY become ONE,’ can be demonstrated. Karthigai Deepam is the festival that carries this truth to humanity, by lighting millions of lamps across the world in this way.

It is the day Mahadeva (Lord Shiva, the Rejuvenator) appeared in the form of a pillar of a flame of light, to bring to completion the incompletions between Lord Brahma and Lord Vishnu. Lord Brahma (the Creator) and Lord Vishnu (the Sustainer) once had an argument on who was the greater of the two. Mahadeva happened as an infinite column of light, and the darkness and ignorance that they were in were dispelled.

Karthigai Deepam is also the day when after a long period of arduous penance that Goddess Parvati performed with great devotion to her Divine Consort Lord Shiva, Lord Shiva granted her half his body so that the Two would become totally united in One form, marking the birth of Lord Ardhanareeswara (deity having the body as half-male and half-female). Physically It signifies the Divine Union of Shiva and Parvathi. Spiritually it signifies the absolute union of Advaita. Not two but One. Shiva and Parvathi are not two but One. Man and God are not two but One.

“Karthigai Deepam” is the day Mahadeva happened, assuming the form of a huge light shaft, to give the Shivoham experience to Vishnu and Brahma, remove the conflicts within them, and incompletions within them, and bring Completion to them. And, this is the same day he appeared for Devi and gave Shivoham experience to her. – THE SUPREME PONTIFF OF HINDUISM JAGATGURU MAHASANNIDHANAM, HIS DIVINE HOLINESS Bhagavan Sri Nithyananda Paramashivam

The Maha Deepam was lite as per Vedic Tradition 5:00 PM EST to 7:30 AM IST followed by welcoming THE SUPREME PONTIFF OF HINDUISM JAGATGURU MAHASANNIDHANAM, HIS DIVINE HOLINESS Bhagavan Sri Nithyananda Paramashivam.