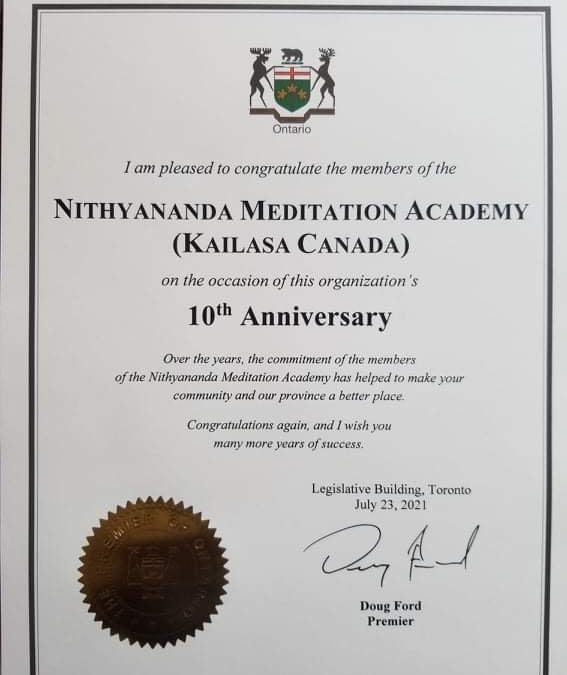 KAILASA is created by a group of dispossessed people who lost the right to practice Hinduism authentically in their own countries. They found freedom to practice Hinduism, and subsequently because of that, achieve enormous success in other countries. Though the KAILASA movement is founded in the United States, and spearheaded by members of the Hindu Adi Shaivite minority community, it is created for, and offers a safe haven to all the world’s practicing, aspiring or persecuted Hindus, irrespective of race, gender, sect, caste, or creed, where they can peacefully live and express their spirituality, arts, and culture free from denigration, interference and violence. These people created KAILASA with the determination to not just preserve and protect this science and share it with the entire world, but also to share the story of persecution that is yet unknown to the world. The vision of KAILASA is the enlightenment living of all humanity, a lofty goal that can be achieved only if we function as a sovereign nation that is not under any one country, but works with all of them. Based on its principles KAILASA supports causes such as gender equality, fight against global warming, universal access to holistic education and healthcare, vegetarianism etc.

Kailasa Canada is celebrating its 10th year Anniversary in Toronto.  Greeting message from The Premier of Ontario.